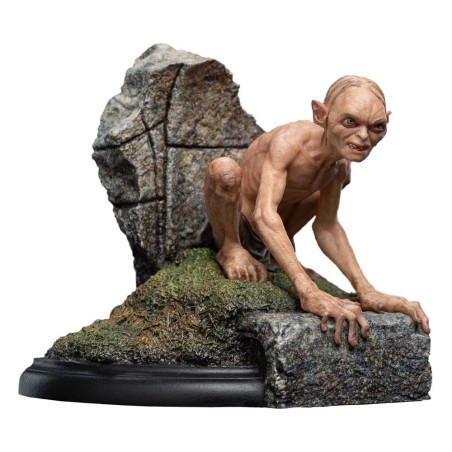 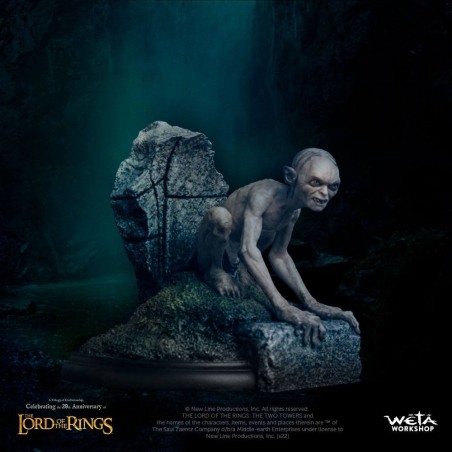 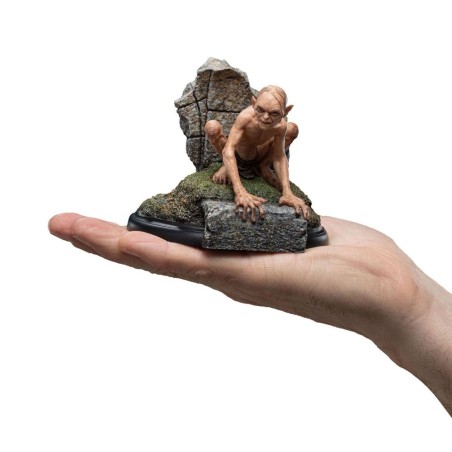 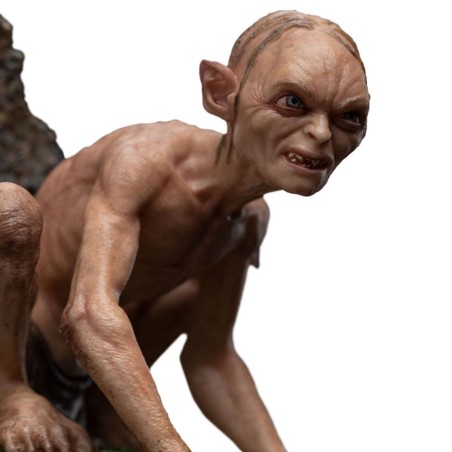 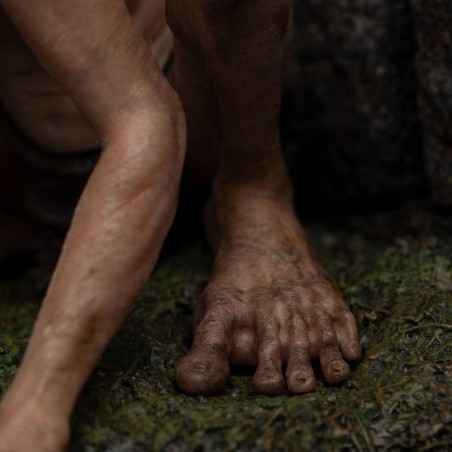 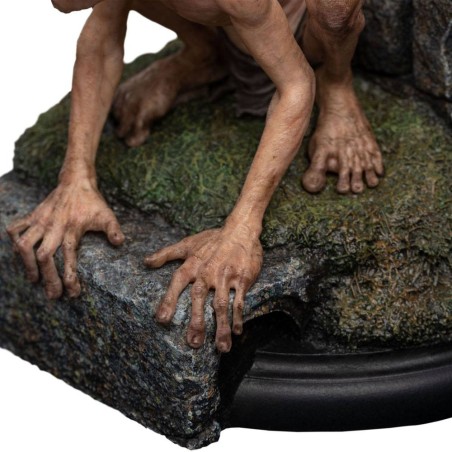 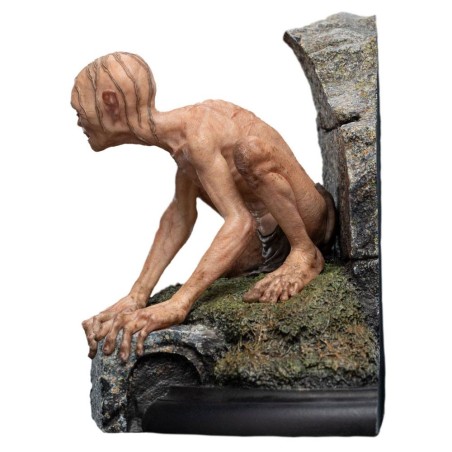 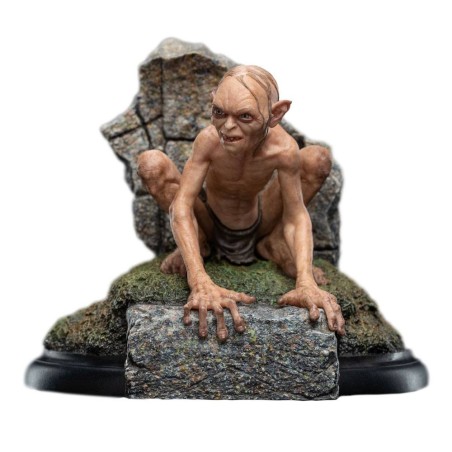 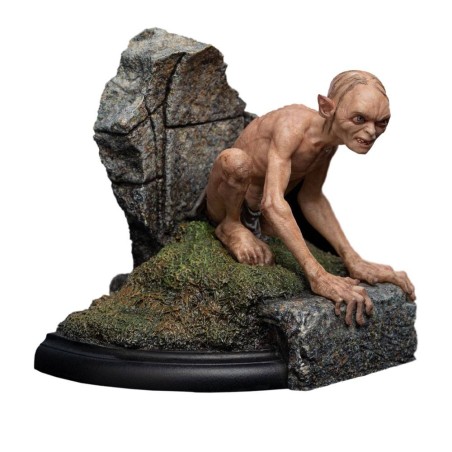 The Lord of the Rings: Gollum, Guide to Mordor Mini Statue 11 cm

Beautiful Lord of the Rings statue made by Weta!

A creature transformed through the power and influence of the One Ring, Gollum's obsession and isolation left him a withered husk of his former self, resigned to the lonely fate of an outcast - his personality forever twisted.

Although an unlikely travelling companion, Gollum leads Frodo and Sam through the backways and forgotten paths of Middle-earth, unseen by the eyes of Sauron. Under the guise of serving his new 'master', they elude the powers of Mordor, if only to be led toward territories of unknown and questionable danger.

Pair Gollum up with his less aggressive counterpart, Sméagol, to be displayed together side-to-side, back-to-back, or even underneath each other like a reflection in water.

- Limited edition;
- Made from high quality polystone;
- Depicts both Sméagol and the ring-twisted Gollum;
- Resting amongst ruins within the Ithilien Woods;
- Made with reference to the original film scans and imagery.