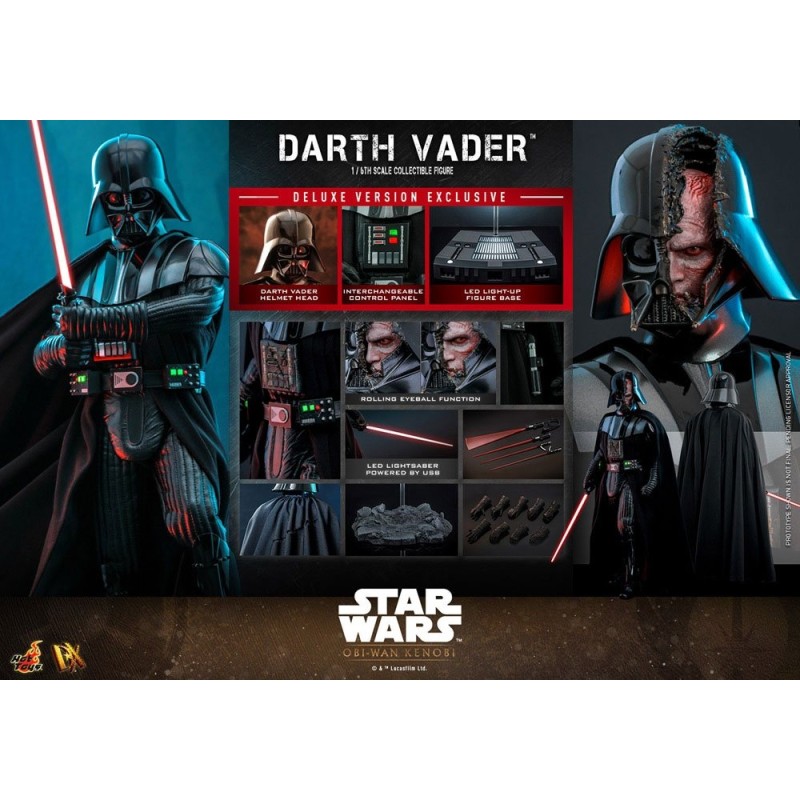 Pre-order. A payment is not yet necessary. You will receive a message from us as soon as your complete order has arrived in our shop.

Subscribe here for updates about this product.
You have successfully subscribed to this product

"You didn't kill Anakin Skywalker... I did." - Darth Vader

Following a brutal battle with Obi-Wan Kenobi™ on Mustafar™ that nearly killed him, Darth Vader is restored under the watchful eye of his new master, Darth Sidious™. Vader becomes fully consumed by the dark side of the Force and is on the hunt for Obi-Wan...

This new Darth Vader collectible figure is simply extraordinary and perfect for all Star Wars collectors!