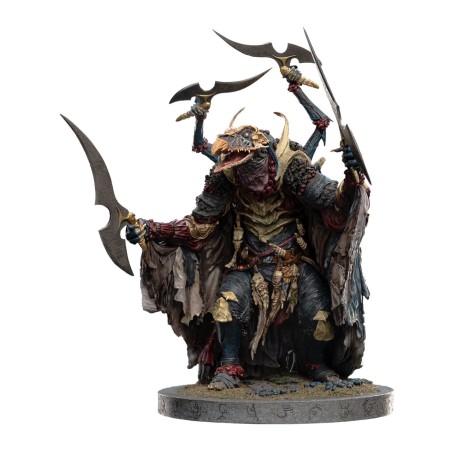 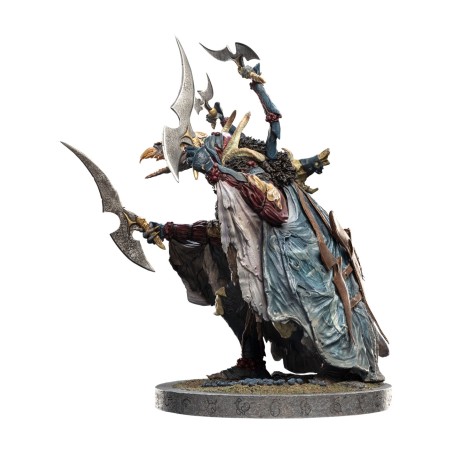 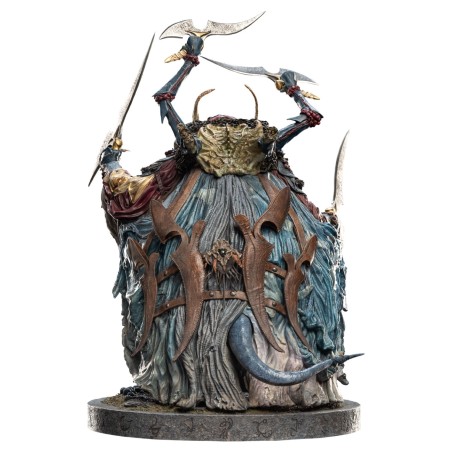 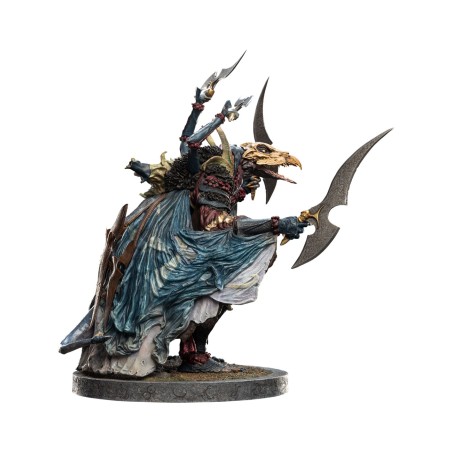 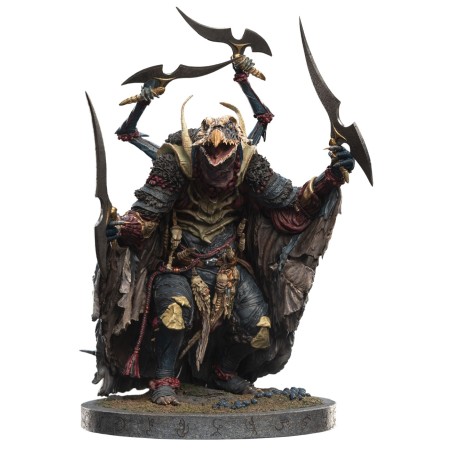 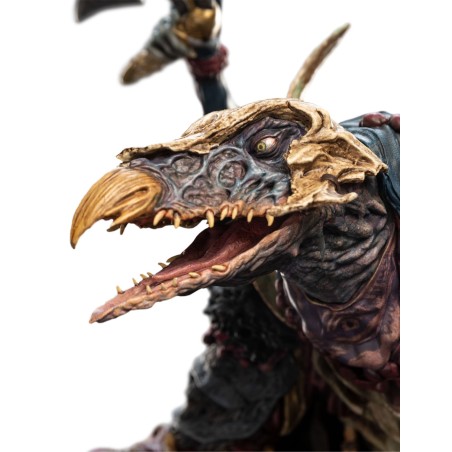 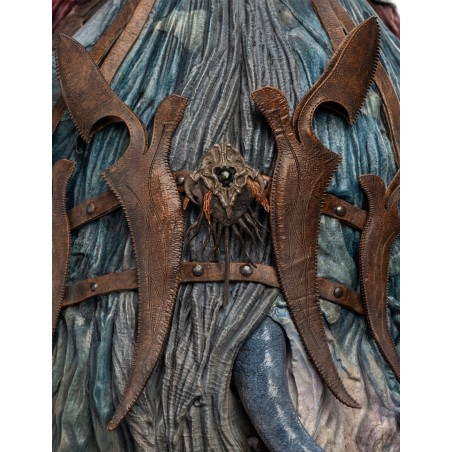 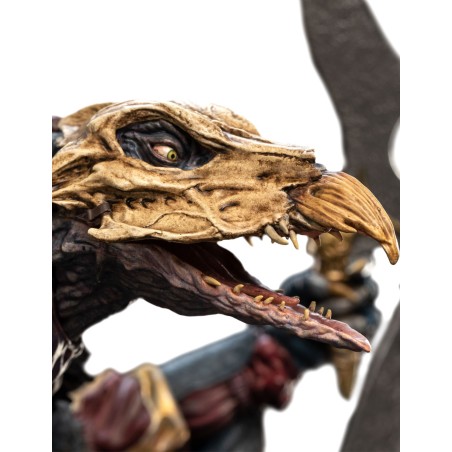 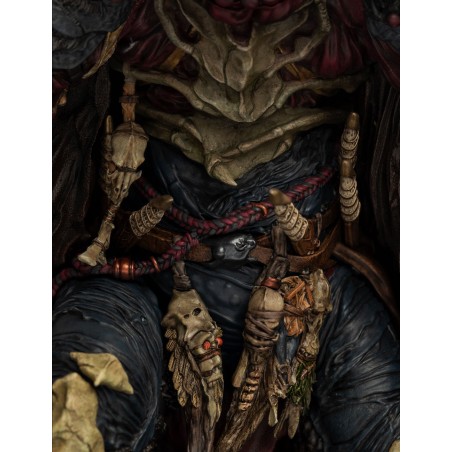 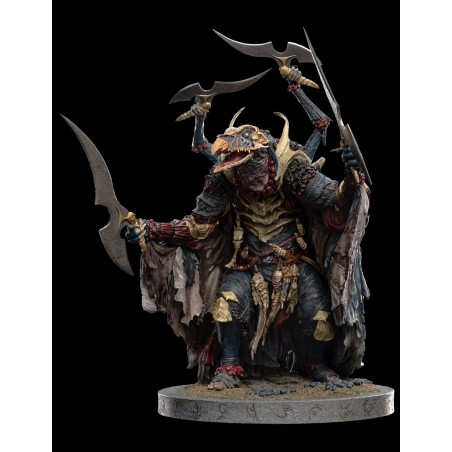 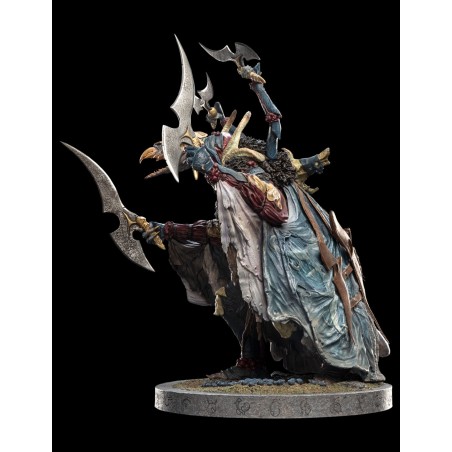 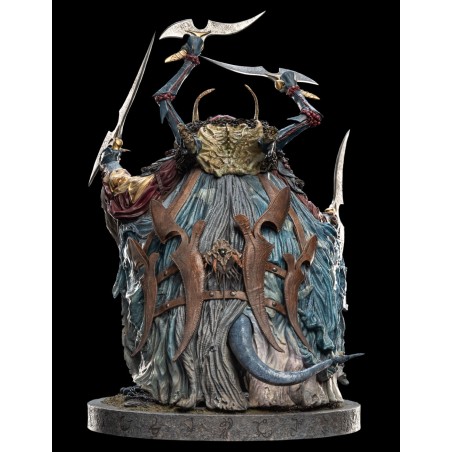 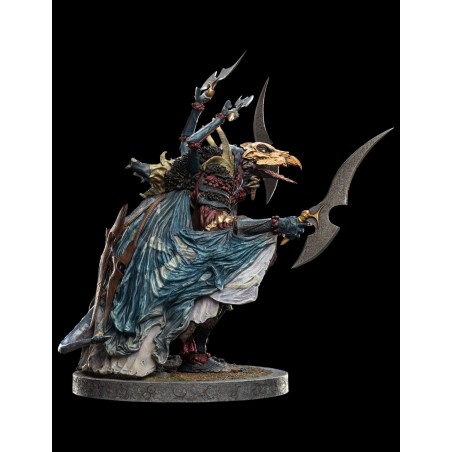 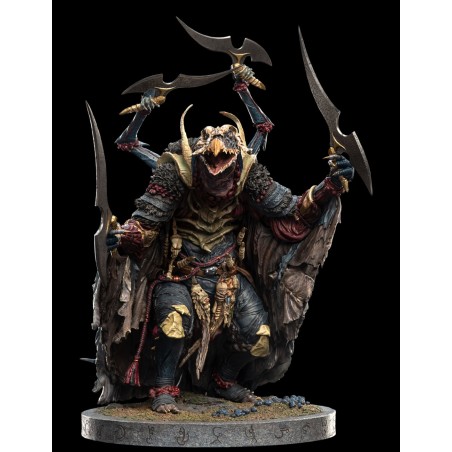 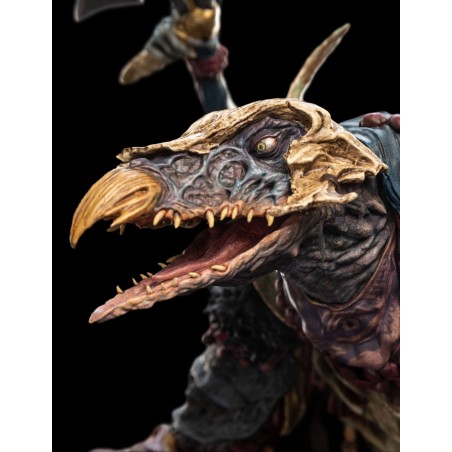 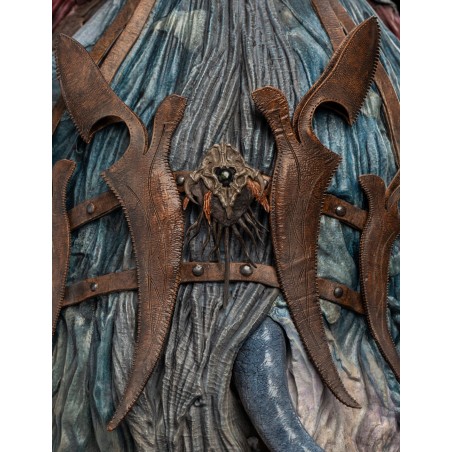 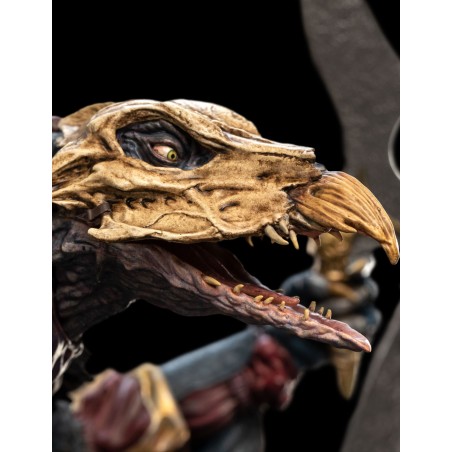 While his fellow urRu seclude themselves from the outside world, the enigmatic Mystic urVa travels the

While his fellow urRu seclude themselves from the outside world, the enigmatic Mystic urVa travels the wildernesses of Thra, watching and listening to the shifting balance of the world. Known as the Archer, and bearing a bow that doubles as a staff, the seemingly slow-moving warrior is surprisingly stealthy and swift when need arises.

urVa's counterpart is the most feared Skeksis of all, the ferocious Hunter. skekMal is a relentless, predatory warrior that even other Skeksis hold in awe. Although the Archer's senses are as keen and his marksmanship unmatched, he lets his arrows fly not to kill, but to steer the course of destiny. His bravery is that of one who fights not to preserve his own life, but that of others; wielding his own mortality as adeptly as any bow or blade in the service of freedom and light.